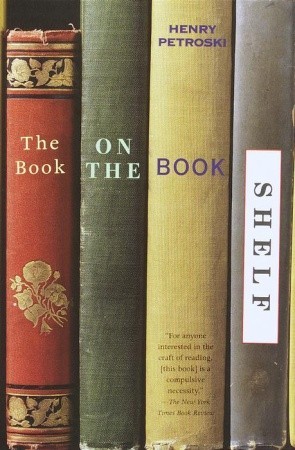 "A fascinating history of two related common objects, impeccably documented and beautifully illustrated." —CivilizationHenry Petroski, "the poet laureate of technology" and author of the highly acclaimed The Pencil and The Evolution of Useful Things now sets his sights on perhaps the greatest technological advances of the last two thousand years: the making and storing of books—from papyrus scrolls to precious medieval codices to the book as we know it, from the great library at Alexandria to monastic cells to the Library of Congress.As writing advanced, and with it broader literacy, the development of the book was seemingly inevitable. And as books became more common, the question of where and how to store them became more pertinent. But how did we come from continuous sheets rolled on spools to the ubiquitous portable item you are holding in your hand? And how did books come to be restored and displayed vertically and spine out on shelves? Henry Petroski answers these and virtually every other question we might have about books as he contemplates the history of the book on bookshelf with his inimitable subtle analysis and intriguing detail."After reading this book, you will not look at a book or a bookshelf in the same way." —The Seattle Times

The Book on the Bookshelf Details

The Book on the Bookshelf Review