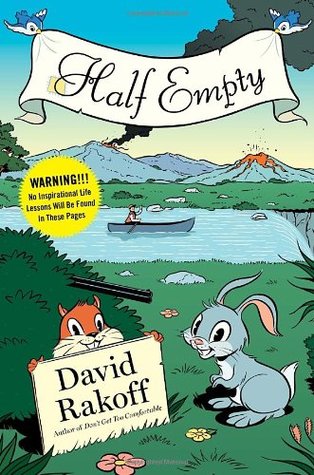 The inimitably witty David Rakoff, New York Times bestselling author of Don’t Get Too Comfortable, defends the commonsensical notion that you should always assume the worst, because you’ll never be disappointed. In this deeply funny (and, no kidding, wise and poignant) book, Rakoff examines the realities of our sunny,  gosh­ everyone-can-be-a-star contemporary culture and finds that, pretty much as a universal rule, the best is not yet to come, adversity will triumph, justice will not be served, and your dreams won’t come true. The book ranges from the personal to the universal, combining stories from Rakoff’s reporting and accounts of his own experi­ences: the moment when being a tiny child no longer meant adults found him charming but instead meant other children found him a fun target; the perfect late evening in Manhattan when he was young and the city seemed to brim with such pos­sibility that the street shimmered in the moonlight—as he drew closer he realized the streets actually flickered with rats in a feeding frenzy. He also weaves in his usual brand Oscar Wilde–worthy cultural criticism (the tragedy of Hollywood’s Walk of Fame, for instance). Whether he’s lacerating the musical Rent for its cutesy depic­tion of AIDS or dealing with personal tragedy, his sharp obser­vations and humorist’s flair for the absurd will have you positively reveling in the power of negativity.