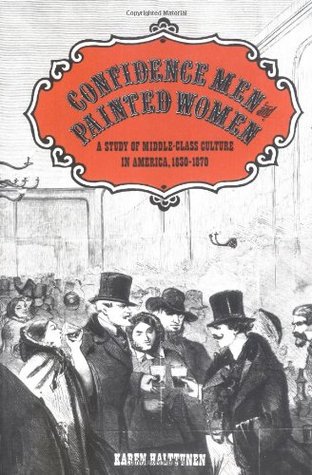 Karen Halttunen draws a vivid picture of the social and cultural development of the upwardly mobile middle class, basing her study on a survey of the conduct manuals and fashion magazines of mid-nineteenth-century America.“An ingenious book: original, inventive, resourceful, and exciting. … This book adds immeasurably to the current work on sentimental culture and American cultural history and brings to its task an inquisitive, fresh, and intelligent perspective. … Essential reading for historians, literary critics, feminists, and cultural commentators who wish to study mid-nineteenth-century American culture and its relation to contemporary values.”—Dianne F. Sadoff, American Quarterly“A compelling and beautifully developed study. … Halttunen provides us with a subtle book that gently unfolds from her mastery of the subject and intelligent prose.”—Paula S. Fass, Journal of Social History“Halttunen has done her homework—the research has been tremendous, the notes and bibliography are impressive, and the text is peppered with hundreds of quotes—and gives some real insight into an area of American culture and history where we might have never bothered to look.”—John Hopkins, Times Literary Supplement“The kind of imaginative history that opens up new questions, that challenges conventional historical understanding, and demonstrates how provocative and exciting cultural history can be.”—William R. Leach, The New England Quarterly“A stunning contribution to American cultural history.”—Alan Trachtenberg