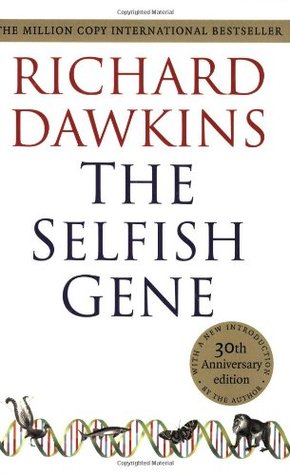 The Selfish Gene: 30th Anniversary Edition—with a new Introduction by the AuthorInheriting the mantle of revolutionary biologist from Darwin, Watson, and Crick, Richard Dawkins forced an enormous change in the way we see ourselves and the world with the publication of The Selfish Gene. Suppose, instead of thinking about organisms using genes to reproduce themselves, as we had since Mendel's work was rediscovered, we turn it around and imagine that "our" genes build and maintain us in order to make more genes. That simple reversal seems to answer many puzzlers which had stumped scientists for years, and we haven't thought of evolution in the same way since.Why are there miles and miles of "unused" DNA within each of our bodies? Why should a bee give up its own chance to reproduce to help raise her sisters and brothers? With a prophet's clarity, Dawkins told us the answers from the perspective of molecules competing for limited space and resources to produce more of their own kind. Drawing fascinating examples from every field of biology, he paved the way for a serious re-evaluation of evolution. He also introduced the concept of self-reproducing ideas, or memes, which (seemingly) use humans exclusively for their propagation. If we are puppets, he says, at least we can try to understand our strings. —Rob Lightner