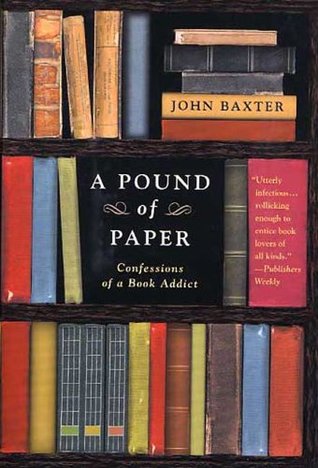 In the rural Australia of the fifties where John Baxter grew up, reading books was disregarded with suspicion, owning and collecting them with utter incomprehension. Despite this, by the age of eleven Baxter had 'collected' his first book—The Poems of Rupert Brooke. He'd read the volume often, but now he had to own it. This was the beginning of what would become a major collection and a lifelong obsession.His book-hunting would take him all over the world, but his first real find was in London in 1978, when he spotted a rare copy of a Graham Greene children's book while browsing on a stall in Swiss Cottage. It was going for 5 pence. This would also, fortuitously, be the day when he first encountered one of the legends of the book-selling world: Martin Stone. At various times pothead, international fugitive from justice, and professional rock musician, he would become John's mentor and friend.In this brilliantly readable and funny book, John Baxter brings us into contact with such literary greats as Graham Greene, Kingsley Amis, J.G. Ballard and Ray Bradbury. But he also shows us how he penetrated the secret fraternity of 'runners' or book scouts—sleuths who use bluff and guile to hunt down their quarry—and joined them in scouring junk shops, markets, auction rooms and private homes for rarities.In the comic tradition of Clive James's Unreliable Memoirs, A Pound of Paper describes how a boy from the bush came to be living in a Paris penthouse with a library worth millions. It also explores the exploding market in first editions. What treasures are lying unnoticed in your garage?

A Pound of Paper Details

A Pound of Paper Review