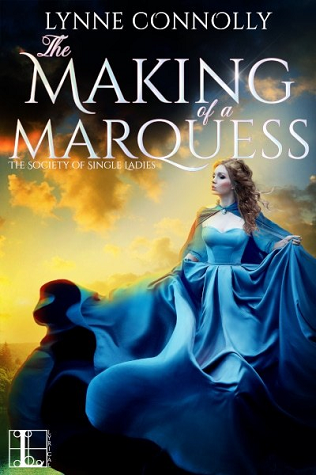 The Society for Single Ladies is a crime-solving club founded by the wealthiest woman in London. Yet even Miss Angela Childers’ charming detectives are not immune to the forces of love...Dorothea Rowland attends a country house party to investigate a long-lost heir—not to find a husband. But when the dashing American claimant discovers her prowling for clues, she is startled—and then seduced—by his provocative kiss. It’s all Dorothea can do to remember her mission. Especially when a series of accidents adds up to something far more dangerous...Benedict only meant to silence lovely Dorothea—not find himself enamored. What’s a gentleman to do but join forces—and propose to the clever beauty? Yet as Ben and Dorothea pursue the truth about his inheritance, their faux betrothal threatens to become the real thing. Soon, Ben’s plan to return to his life in America is upended—not only by his deepening bond with his bride, but by someone who wants his fortune badly enough to jeopardize his future—even end it. And Dorothea can’t let that happen. Not for the title, but for Ben...

The Making of a Marquess (The Society for Single Ladies, #2) Details

The Making of a Marquess (The Society for Single Ladies, #2) Review