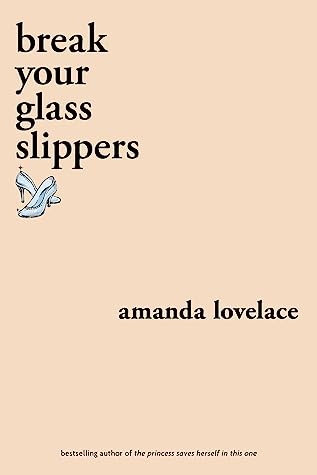 "more forgetting time.more midnight dances with yourself."amanda lovelace, the bestselling & award-winning author of the “women are some kind of magic” poetry series, presents a new companion series, “you are your own fairy tale” the first installment, break your glass slippers, is about overcoming those who don’t see your worth, even if that person is sometimes yourself. in the epic tale of your life, you are the most important character while everyone is but a forgotten footnote. even the prince.

Break Your Glass Slippers (You Are Your Own Fairy Tale, #1) Details

Break Your Glass Slippers (You Are Your Own Fairy Tale, #1) Review