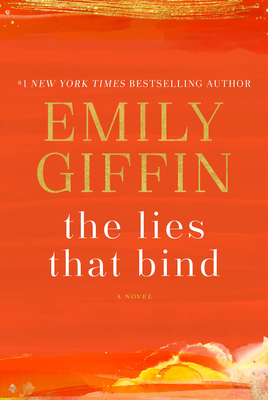 In the irresistible new novel from the #1 New York Times bestselling author of All We Ever Wanted, a woman is falling hard for a man she's just met when he disappears without a trace on 9/11.It's 2 a.m. in a dive bar on the Lower East Side, May 2001. Cecily figures it's the perfect place to order a beer and try to forget that she's just been dumped by the man she suspects she'll always think of as The One Who Got Away. Her best friend warned her to hunker down and avoid any risk of late-night drunk dialing, and she should have listened, because she's so tempted. . . ."Don't do it," says the guy on the barstool next to her. "Don't call him."He talks her off the ledge, and they have another beer. Then at last call, they toast to "moving on" before going their separate ways. Except as she's about to say goodbye, she decides to ask his name instead. And just like that, her life is changed forever.But has she found her soulmate only to lose him a few months later?

The Lies That Bind Details

The Lies That Bind Review