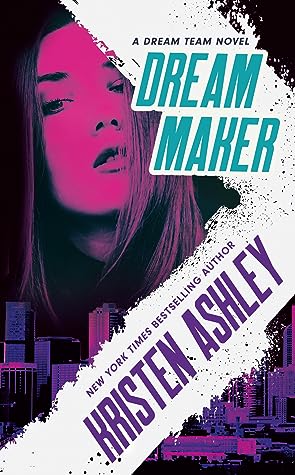 From the New York Times bestselling author of the Dream Man and Rock Chick series comes a brand new story about love, friendship, and the bonds of sisterhood. Evie is a bonafide nerd and a hyper-intelligent chick who has worked her whole life to get what she wants. Growing up, she had no support from her family and has only ever been able to rely on herself. So when Evie decides she wants to earn her engineering degree, she realizes she needs to take an alternative path to get there. She takes a job dancing at Smithie's club thinking this would be a quick side gig, where she can make the money she needs. But with her lack of dancing skills and an alpha bad boy who becomes overly protective, Evie realizes this might not be as easy as she thought.Daniel "Mag" Magnusson knows a thing or two about pain, but the mask he wears is excellent. No one can tell that this good-looking, quick-witted, and roguish guy has deep-seated issues. Mag puts on a funny-guy routine so he can hide his broken heart and PTSD. But when Evie dances her way into Mag's life, he realizes that he needs to come face-to-face with the demons of his past if he wants a future with her.