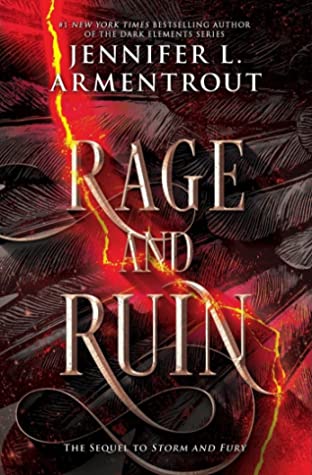 Dangerous secrets and forbidden desires lead to shocking consequences… Don’t miss book two of the fantastical Harbinger trilogy from #1 New York Times bestselling author Jennifer L. Armentrout.Half-angel Trinity and her bonded gargoyle protector, Zayne, have been working with demons to stop the apocalypse while avoiding falling in love. The Harbinger is coming…but who or what is it? All of humankind may fall if Trinity and Zayne can’t win the race against time as dark forces gather.As tensions rise, they must stay close together and patrol the DC streets at night, seeking signs of the Harbinger, an entity that is killing Wardens and demons with no seeming rhyme or reason. Forbidden to be with each other, Zayne and Trinity fight their feelings and turn to unusual sources for help—the demon Roth and his cohorts. But as deaths pile up and they uncover a sinister plot involving the local high school and endangering someone dear to Zayne, Trin realizes she is being led…herded…played for some unknown end. As anger builds and feelings spiral out of control, it becomes clear that rage may be the ruin of them all.

Rage and Ruin (The Harbinger, #2) Details

Rage and Ruin (The Harbinger, #2) Review