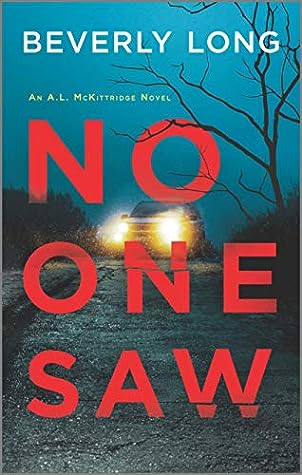 Nobody saw a thing. Or so they say…Baywood police department detective A.L. McKittridge is no stranger to tough cases, but when five-year-old Emma Whitman disappears from her day care, there isn’t a single shred of evidence to go on. Neither the grandmother who dropped her off, nor the teacher whose care she was supposed to be in, can account for the missing child. There are no witnesses. No trace of where she might have gone. There’s only one thing A.L. and his partner, Rena Morgan, are sure of—somebody is lying.With the clock ticking, A.L. and Rena are under extreme pressure as they discover their instincts are correct: all is not as it seems. The Whitmans are a family with many secrets, and A.L. and Rena will have to race to untangle a growing web of lies if they’re going to find the thread that leads them to Emma…before it’s too late.