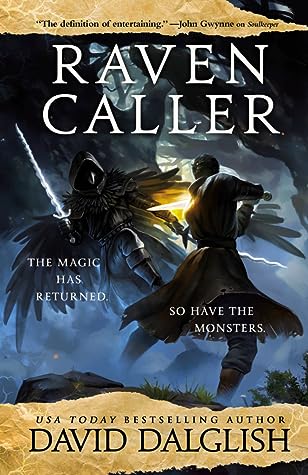 When ancient magic suddenly returns to his land, a warrior priest must protect his world from monsters that were once only legend in the second book of USA Today bestseller David Dalglish's epic fantasy trilogy.Magical creatures are attacking the capital city, seeking to retake what was once theirs, and no one is safe. Ancient cultists have cursed the highest members of the Church, turning them into twisted abominations. The only hope for a cure lies with Adria Eveson. To learn the cure, she must befriend an imprisoned cultist, and guard her heart against his seductive promises and twisted logic. The fate of all races, human and magical, rests in her hands, and in the choices she makes. Should she choose wrong, only one person stands in her way: her brother, the Soulkeeper Devin Eveson.The KeepersSoulkeeperRavencaller For more from David Dalglish, check out: ShadowdanceA Dance of CloaksA Dance of BladesA Dance of MirrorsA Dance of ShadowsA Dance of GhostsA Dance of Chaos SeraphimSkybornFirebornShadowborn