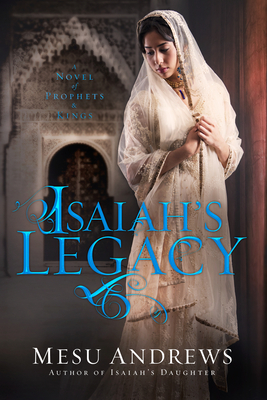 The drama of the Old Testament comes to life as Judah's most notorious king ascends to the throne in this gripping novel from the award-winning author of Isaiah's Daughter . At eight years old, Shulle has known only life in a small village with her loving but peculiar father. When Uncle Shebna offers shelter in Jerusalem in exchange for Shulle's help tutoring King Manasseh, Judah's five-year-old co-regent who displays the same peculiarities as her father, she's eager to experience the royal court. But Shulle soon realizes the limits of her father's strict adherence to Yahweh's Law when Uncle Shebna teaches her of the starry hosts and their power.Convinced Judah must be freed from Yahweh's chains, she begins the subtle swaying of young Manasseh, using her charm and skills on the boy no one else understands. When King Hezekiah dies, twelve-year-old Manasseh is thrust onto Judah's throne, bitter at Yahweh and eager to marry the girl he adores. Assyria's crown prince favors Manasseh and twists his brilliant mind toward cruelty, beginning Shulle's long and harrowing journey to discover the Yahweh she'd never known, guided with loving wisdom by Manasseh's mother: Isaiah's daughter, the heartbroken Hephzibah. Amid Judah's dark days, a desperate remnant emerges, claiming the Lord's promise, "Though we're helpless now, we're never hopeless--because we serve El Shaddai." Shulle is among them, a girl who becomes a queen through Isaiah's legacy.