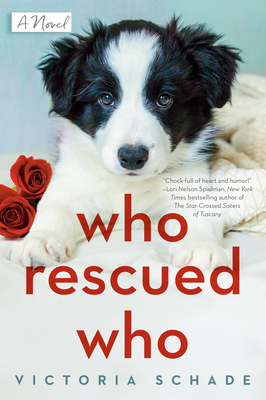 A few rough breaks lead a woman at the end of her leash to journey across the pond to fetch a suprise inheritance--but the dogs she rescues along the way have other ideas.The plan was simple: Elizabeth would suffer through a quick trip to her late father's family homestead in the English countryside, try not to think about how she was unjustly fired from her dream job, claim her inheritance, and hop on the next flight back to Silicon Valley where she can get her life back on track.The plan does not include rescuing an abandoned black and white puppy. Or bonding with her long-lost aunt and uncle, their Border Collie, and their two very opinionated sheep. Or falling for the handsome local who runs the town's craft brewery. As Elizabeth's brief visit to Fargrove turns into an extended stay, she discovers that she has more in common with the new puppy than she realized.

Who Rescued Who Details

Who Rescued Who Review