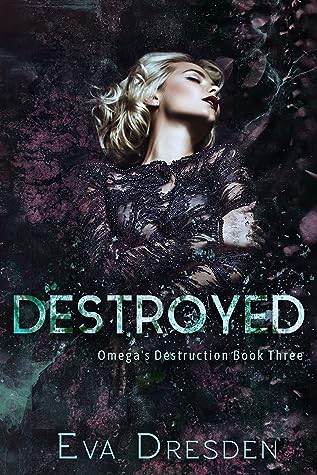 Broken and damaged, Quinn refuses to be destroyed.She rages against the bond Tobias Kahler forced her to complete between them, denying the pull of her claim set into his soul that fateful day. Struggling against the power of his will, she won’t become the smiling, placid thing he attempts to mold her to be.An unseen foe seeks to take matters into their own hands, threatening Quinn and everything she holds dear. Forced to cling to Tobias for support and strength with the constant threat, he’s thrown into a whole new light. One where Quinn faces seeing him for more than the monster she’s feared and hated.Amidst their violent past and ever turbulent future, they must learn to accept one another as they are or in this final battle, much more than bodies will lay broken.Destroyed is the third and final book in the Omega's Destruction Trilogy, a raw and thrilling Omegaverse tale. It is not a traditional romance, containing dark themes and complete power exchange. Scenes are not glossed over, which may be distressing for some readers.