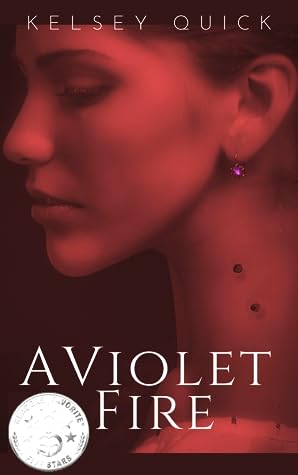 In the Vampire Stratocracy of Cain, human blood is scarce. For centuries, councils have sought to assuage the blood shortage by enslaving and breeding humans, turning them into profitable supply units for the rich and the abled. Today, eighteen-year-old Wavorly Sterling is officially a supply unit, bound to serve her blood willingly to her master for the rest of her life. One of only few humans that was not bred in Cain, Wavorly knows freedom better than anyone, and she is determined to escape the clutches of her oppressors, even if by the hands of death. But surprises lay beyond every certainty, and within every doubt. Where Wavorly's hatred for both vampires and her enslavement once flowed free as blood, it merely trickles as she grows to admire her reserved, yet receptive master and savior, Anton Zein. Although warmed by comforts never felt before, danger still lurks in the castle, and a prophecy calls from beyond the walls of a lavender gate—concealing the horrific secrets lodged between handsome smirks and cinereous eyes. It will take everything within Wavorly to face her fears and her doubts; to harness the truth of her past despite what that means for her future. The only question is, will she? Set in a richly detailed world of fantasy, A Violet Fire is a gripping journey filled with passion, betrayal, lies, and the encouragement we all need to take a stand for our freedom—no matter the cost.