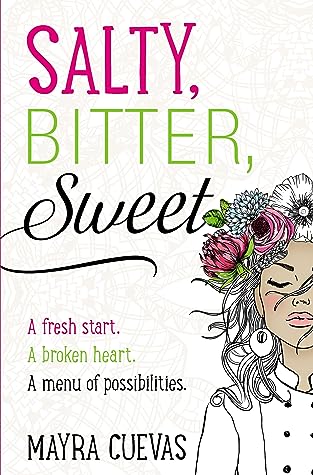 “Happiness, like love, arrives through the kitchen. At least that’s what my abuela Lala used to say. I may not know much about love, but I definitely got the kitchen part down.”Seventeen-year-old aspiring chef Isabella Fields’ family life has fallen apart after the death of her Cuban abuela and the divorce of her parents. She moves in with her dad and his new wife in France, where Isabella feels like an outsider in her father’s new life, studiously avoiding the awkward, “Why did you cheat on Mom?” conversation.The upside of Isabella’s world being turned upside down? Her father’s house is located only 30 minutes away from the restaurant of world-famous Chef Pascal Grattard, who runs a prestigious and competitive international kitchen apprenticeship. The prize job at Chef Grattard’s renowned restaurant also represents a transformative opportunity for Isabella, who is desperate to get her life back in order.But how can Isabella expect to hold it together when she’s at the bottom of her class at the apprenticeship, her new stepmom is pregnant, she misses her abuela dearly, and a mysterious new guy and his albino dog fall into her life?Salty, Bitter, Sweet:- Is a YA contemporary #OwnVoices novel written by CNN producer Mayra Cuevas- Features a Latina main character who is trilingual- Is inspired by the author’s relationships with food and family- Explores complicated family dynamics and relatable themes of friendship, acceptance, and learning to care for yourself