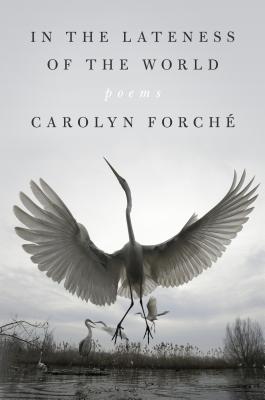 A new poetry collection of uncanny grace and moral force from one of our country's most celebrated poets Over four decades, Carolyn Forché's visionary work has reinvigorated poetry's power to awaken the reader. Her groundbreaking poems have been testimonies, inquiries, and wonderments. They daringly map a territory where poetry asserts our inexhaustible responsibility to each other.Her first new collection in seventeen years, In the Lateness of the World is a tenebrous book of crossings, of migrations across oceans and borders but also between the present and the past, life and death. The poems call to the reader from the end of the world where they are sifting through the aftermath of history. Forché envisions a place where "you could see everything at once ... every moment you have lived or place you have been." The world here seems to be steadily vanishing, but in the moments before the uncertain end, an illumination arrives and "there is nothing that cannot be seen." In the Lateness of the World is a revelation from one of the finest poets writing today.

In the Lateness of the World Details

In the Lateness of the World Review