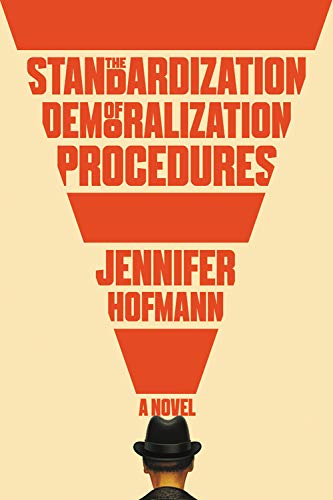 An audacious debut that combines spycraft, betrayals, and reversals to show that sometimes it's the secret that destroys youOn November 9, 1989, Bernd Zeiger, a Stasi officer in the twilight of his career, is deteriorating from a mysterious illness. Alarmed by the disappearance of Lara, a young waitress at his regular café with whom he is obsessed, he chases a series of clues throughout Berlin. The details of Lara's vanishing trigger flashbacks to his entanglement with Johannes Held, a physicist who, twenty-five years earlier, infiltrated an American research institute dedicated to weaponizing the paranormalNow, on the day the Berlin Wall falls and Zeiger's mind begins to crumble, his past transgressions have come back to haunt him. Who is the real Lara, what happened to her, and what is her connection to these events? As the surveiller becomes the surveilled, all will be revealed, with shocking consequences. Set in the final, turbulent days of the Cold War, The Standardization of Demoralization Procedures blends the high-wire espionage of John le Carré with the brilliant absurdist humor of Milan Kundera to evoke the dehumanizing forces that turned neighbor against neighbor, friend against friend. Jennifer Hofmann's debut is an affecting, layered investigation of conscience and country.

The Standardization of Demoralization Procedures Details

The Standardization of Demoralization Procedures Review