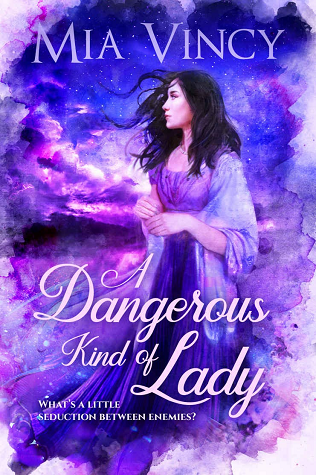 A desperate situation calls for dangerous deeds…Proud heiress Arabella Larke has little respect for rules and no time for scruples, not when she faces marriage to a man she loathes and fears.Determined to save herself, Arabella comes up with a plan: a fake engagement with her childhood nemesis, Guy Roth, Marquess of Hardbury, recently returned home after years away. To Arabella’s surprise, Guy has become strong, honorable, and unexpectedly attractive…but he refuses to even hear her plan.After leaving England to escape his corrupt, controlling father, Guy has vowed never to do anyone’s bidding again—certainly not Arabella’s. To Guy’s surprise, Arabella has become intriguing, quick-witted, and unexpectedly attractive, but he has enough drama trying to gain custody of his younger sisters, and he wants nothing to do with her dubious schemes.Until Arabella shows up at his house one night, and Guy finds himself entangled to a dangerous degree…