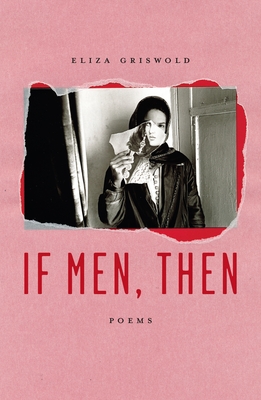 A darkly humorous new collection of poems by the Pulitzer Prize-winning journalist and author of Wideawake Field and Amity and Prosperity If Men, Then, Eliza Griswold's second poetry collection, charts a radical spiritual journey through catastrophe. Griswold's language is forthright and intimate as she steers between the chaos of a tumultuous inner world and an external landscape littered with SUVs, CBD oil, and go bags, talismans of our time. Alternately searing and hopeful, funny and fraught, the poems explore the world's fracturing through the collapse of the ego, embodied in a character named "I"--a soul attempting to wrestle with itself in the face of an unfolding tragedy.

If Men, Then Details

If Men, Then Review