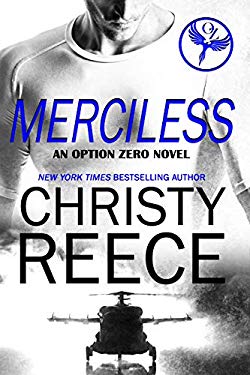 She hunts serial killers. He brings the wicked to justice. Together they'll be unstoppable--unless he finds out who she really is.Somewhere between the darkness and the dawn lies a truth that could get them killed.Years ago, Asher Drake lost everything he loved. He had followed the rules, done the right thing, and was repaid with betrayal. Now, as leader of Option Zero, he plays by his own rules and handles things a different way. Ash knows he might not live to see another day, but one thing is certain, he will fight till his last breath for what’s right. Out of dark desperation, Jules Stone became someone else. Having experienced the worst of humanity, she battles her demons by fighting for those who can’t fight for themselves. But the shadows linger. When an opportunity arises to repay a debt, Jules accepts the offer, hopeful that the shadows will disappear forever. An enemy watches and waits for the perfect moment to strike, secure in the knowledge that power is the ultimate weapon and truth is only a matter of perception. Ash and Jules must join forces and fight their demons together before the darkness becomes permanent and destroys them both.