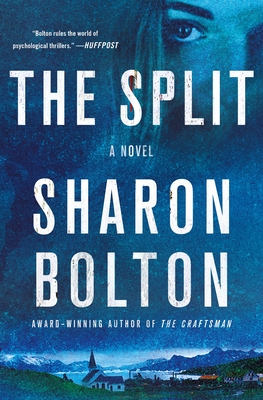 Tense, gripping and with a twist you won't see coming, Sharon Bolton is back in an explosive new standalone thriller about a woman on the run in The Split.No matter how far you run, some secrets will always catch up with you...The remote Antarctic island of South Georgia is about to send off its last boat of the summer – which signifies safety to resident glaciologist Felicity Lloyd.Felicity lives in fear – fear that her ex-husband Freddie will find her, even out here. She took a job on this isolated island to hide from him, but now that he's out of prison, having served a term for murder, she knows he won’t give up until he finds her.But a doctor delving into the background of Felicity and Freddie's relationship, back in Cambridge, learns that Felicity has been on the edge for a long time. Heading to South Georgia himself to try and get to her first is the only way he can think of to help her.