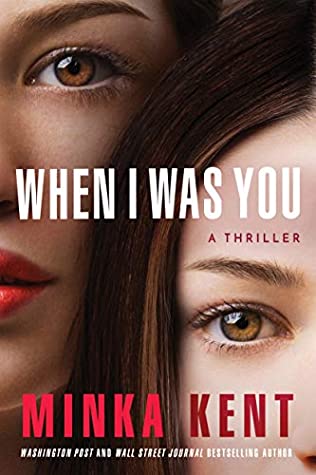 A stolen identity leads a woman down a dark and desperate path in a gripping novel of psychological suspense by Wall Street Journal bestselling author Minka Kent.After barely surviving a brutal attack, Brienne Dougray rarely leaves her house. Suffering from debilitating headaches and memory loss, she can rely only on her compassionate new tenant, Dr. Niall Emberlin, a welcome distraction from the discomfiting bubble that has become her existence.But Brienne’s growing confidence in her new routine is shaken when she stumbles across unsettling evidence that someone else is living as…her. Same name. Same car. Same hair. Same clothes. She’s even friended her family on social media. To find out why, Brienne must leave the safety of her home to hunt a familiar stranger.What she discovers is more disturbing than she could have ever imagined. With her fragile mind close to shattering, Brienne is prepared to do anything to reclaim her life. If it’s even hers to reclaim.

When I Was You Details

When I Was You Review