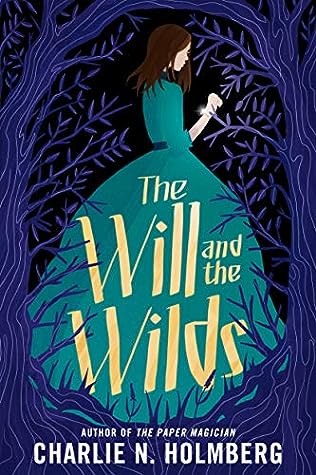 A spellbinding story of truce and trickery from the Wall Street Journal bestselling author of The Paper Magician series. Enna knows to fear the mystings that roam the wildwood near her home. When one tries to kill her to obtain an enchanted stone, Enna takes a huge risk: fighting back with a mysting of her own.Maekallus’s help isn’t free. His price? A kiss. One with the power to steal her soul. But their deal leaves Maekallus bound to the mortal realm, which begins eating him alive. Only Enna’s kiss, given willingly, can save him from immediate destruction. It’s a temporary salvation for Maekallus and a lingering doom for Enna. Part of her soul now burns bright inside Maekallus, making him feel for the first time.Enna shares Maekallus’s suffering, but her small sacrifice won’t last long. If she and Maekallus can’t break the spell binding him to the mortal realm, Maekallus will be consumed completely—and Enna’s soul with him.

The Will and the Wilds Details

The Will and the Wilds Review