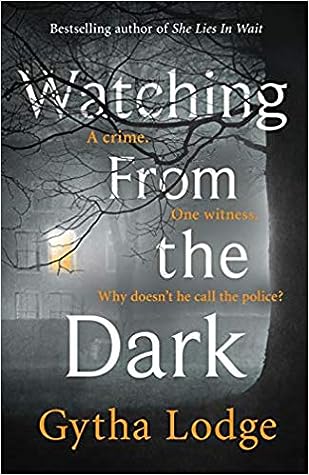 One crime. One witness. One question . . . Why didn’t he call the police?When a vibrant young woman is murdered while on a video chat, a small-town detective wades into a circle of friends and lovers with dangerous secrets—in the new novel from the acclaimed author of the “enjoyably chilling”* She Lies in Wait.*The New York Times Book ReviewAidan Poole logs on to his laptop late at night to Skype his girlfriend, Zoe. To his horror, he realizes that there is someone else in her flat. Aidan can only listen to the sounds of a violent struggle taking place in the bathroom—and then the sound of silence. He is desperate to find out if Zoe is okay. But then why is he so hesitant to call the police?When Aidan’s cryptic messages finally reach them, Detective Chief Inspector Jonah Sheens and his team take the case—and discover the body. They soon find that no one has a bad word to say about Zoe, a big hearted young artist at the center of a curious web of waifs and strays, each relying on her for support, each hiding dark secrets and buried resentments. Has one of her so-called “friends” been driven to murder? Or does Aidan have the biggest secret of them all?