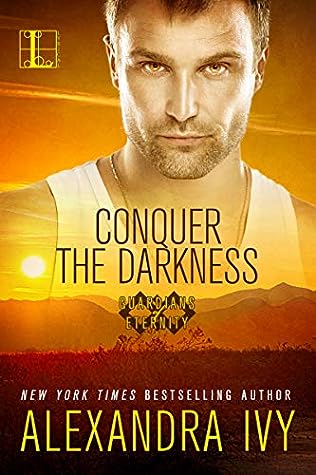 As allegiances shift and new powers align for Alexandra Ivy’s Guardians of Eternity, one immortal defender knows the sweep of change brings danger—and possibility . . .   On the edge of the Mojave desert, out of the lights of Las Vegas, even a werewolf can expect a share of peace and solitude. For Ulric, the last surviving member of a pack hunted through centuries, it’s one of few places he’s willing to drop his guard. Until he spots Brigette, a beautiful wolf-woman he thought dead long ago. When he gives chase, he loses her—and discovers he’s being followed himself.   His pursuer is a zephyr sprite, Rainn, on the trail of a frightening prophecy she can’t predict or understand. All she knows is that Ulric is at its center. If he’s determined to find Brigette, she’ll do what she must to keep him with her.   When the search leads them to a place where Ulric’s ghosts and Rainn’s portents intertwine, a lurking evil waits to swallow them both. But as they fight for survival, their need for each other will become impossible to deny . . .