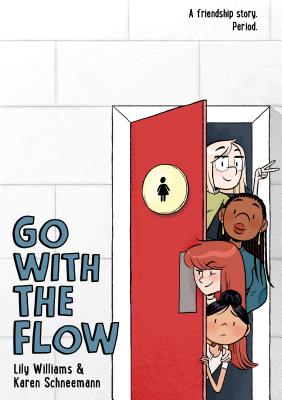 Good friends help you go with the flow.Best friends help you start a revolution.Sophomores Abby, Brit, Christine, and Sasha are fed up. Hazelton High never has enough tampons. Or pads. Or adults who will listen.Sick of an administration that puts football before female health, the girls confront a world that shrugs―or worse, squirms―at the thought of a menstruation revolution. They band together to make a change. It’s no easy task, especially while grappling with everything from crushes to trig to JV track but they have each other’s backs. That is, until one of the girls goes rogue, testing the limits of their friendship and pushing the friends to question the power of their own voices.Now they must learn to work together to raise each other up. But how to you stand your ground while raising bloody hell?

Go with the Flow Details

Go with the Flow Review