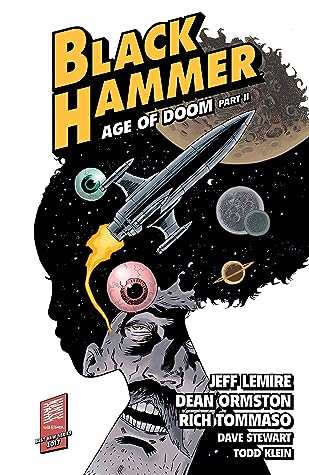 The Eisner Award-winning superhero saga continues with this two-part mystery that will change the world forever!After learning how they got trapped on the farmworld, our heroes find themselves with everything they thought they wanted. Yet not everything is right just yet and it takes the strong resolve of the new Black Hammer to get the team back together, as shocking revelations change their world at every turn!COLLECTS: Black Hammer: Age of Doom 6-12 from the Eisner Award winning team of Jeff Lemire and Dean Ormston, with a special guest artist appearance from superstar creator Rich Tommaso!