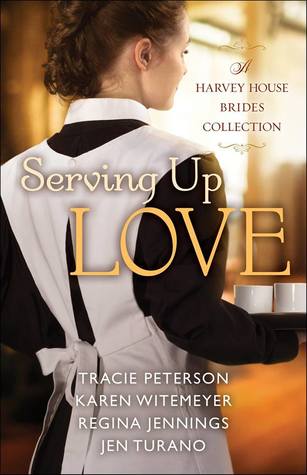 Bestselling novelist Tracie Peterson joins Karen Witemeyer, Regina Jennings, and Jen Turano in this collection of four novellas, each featuring a Harvey Girl heroine. From Kansas to Texas, the Grand Canyon to New Mexico, the stories cross the country with tales of sweet romance and entertaining history.In Karen Witemeyer's "More Than a Pretty Face," a young woman works her hardest to escape poor choices from her youth. Tracie Peterson offers "A Flood of Love," where reuniting with an old flame after more than a decade offers unexpected results. Regina Jennings's "Intrigue a la Mode" delights with a tale of a young woman determined to help support her family, despite warnings of danger nearby. And Jen Turano's "Grand Encounters" heads to the Grand Canyon with a tale of a society belle intent on finding a new life for herself.