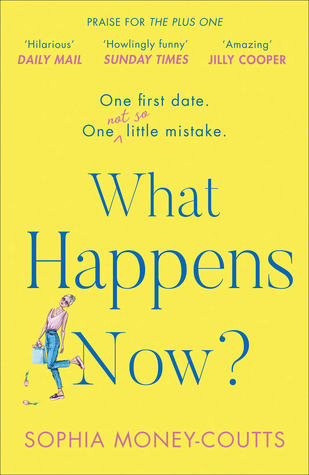 ‘A laugh-a-minute page-turner, perfect for poolside reading!’ HELLO! ‘Surprisingly saucy and distractingly funny’ GRAZIA ‘No question about it, there are two little purple lines. I’m pregnant.’ After eight years together, Lil Bailey thought she’d already found ‘the one’ – that is, until he dumped her for a blonde twenty-something colleague. So she does what any self-respecting singleton would do: swipes right, puts on her best bra and finds herself on a first date with a handsome mountaineer called Max. What’s the worst that can happen? Well it’s pretty bad actually. First Max ghosts her and then, after weeing on a stick (but mostly her hands), a few weeks later Lil discovers she’s pregnant. She’s single, thirty-one and living in a thimble-sized flat in London, it’s hardly the happily-ever-after she was looking for.Lil’s ready to do the baby-thing on her own – it can’t be that hard, right? But she should probably tell Max, if she can track him down. Surely he’s not that Max, the highly eligible, headline-grabbing son of Lord and Lady Rushbrooke, currently trekking up a mountain in South Asia? Oh, maybe he wasn’t ignoring Lil after all…   Praise for Sophia Money-Coutts: ‘So funny. And the sex is amazing!’ Jilly Cooper‘Hilariously funny – I couldn’t put it down.’ Beth O’Leary‘A laugh-a-minute page-turner, perfect for poolside reading!’ HELLO!‘This hilarious novel proves Sophia Money-Coutts is mistress of the romp-com.’ The Sun‘Howlingly funny’ Sunday Times ‘Wonderfully rude’ Red‘Surprisingly saucy and distractingly funny’ Grazia‘Funny and beautifully written … I loved it’ Daily Mail‘Fizzes with joy’ Metro‘Hilarious and uplifting’ Woman & Home‘A thoroughly modern love story’ Woman’s Weekly‘Does it earn its place in your beach bag? Absolutely’ Evening Standard