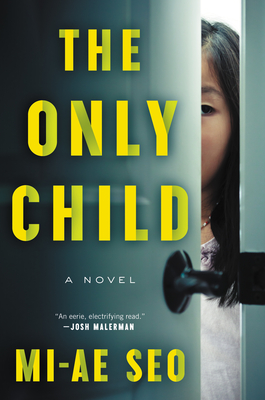 An eerie and absorbing novel following a criminal psychologist who has discovered shocking and possibly dangerous connections between a serial killer and her stepdaughter.Criminal psychologist Seonkyeong receives an unexpected call one day. Yi Byeongdo, a serial killer whose gruesome murders shook the world, wants to be interviewed. Yi Byeongdo, who has refused to speak to anyone until now, asks specifically for her. Seonkyeong agrees out of curiosity. That same day Hayeong, her husband’s eleven-year-old daughter from a previous marriage, shows up at their door after her grandparents, with whom she lived after her mother passed away, die in a sudden fire. Seonkyeong wants her to feel at home, but is gradually unnerved as the young girl says very little and acts strangely. At work and at home, Seonkyeong starts to unravel the pasts of the two new arrivals in her life and begins to see startling similarities. Hayeong looks at her the same way Yi Byeongdo does when he recounts the abuse he experienced as a child; Hayeong’s serene expression masks a temper that she can’t control. Plus, the story she tells about her grandparents’ death, and her mother’s before that, deeply troubles Seonkyeong. So much so that Yi Byeongdo picks up on it and starts giving her advice. Written with exquisite precision and persistent creepiness, The Only Child is psychological suspense at its very best.

The Only Child Details

The Only Child Review