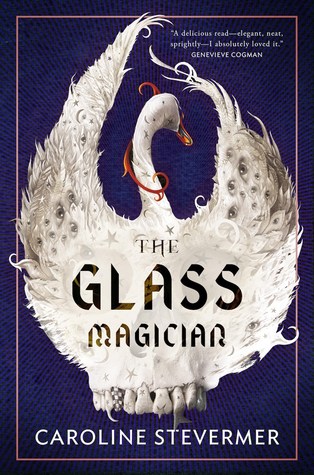 A gilded menagerie rules a Gilded Age: Bears and Bulls are not only real, but dominate humanity in The Glass Magician, an amazing historical fantasy by Caroline Stevermer What if you could turn into the animal of your heart anytime you want?With such power, you’d enter the cream of New York society, guaranteed a rich life among the Vanderbilts and Astors, movers and shakers who all have the magical talent and own the nation on the cusp of a new century.You could. If you were a Trader.Pity you’re not.Thalia is a Solitaire, one of the masses who don’t have the animalistic magic. But that is not to say that she doesn’t have talent of another kind—she is a rising stage magician who uses her very human skills to dazzle audiences with amazing feats of prestidigitation. Until one night when a trick goes horribly awry…and Thalia makes a discovery that changes her entire world. And sets her on a path that could bring her riches. Or kill her.