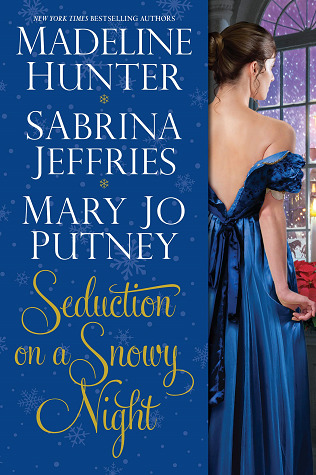 This winter, steal away with the reigning queens of Regency Romance... plus one or two dukes, one heiress, and one headstrong beauty—to a surprise snow storm, the comfort of a blazing fire, and the heat of a lover's kisses...A CHRISTMAS ABDUCTION by Madeline HunterCaroline Dunham has a bone to pick with notorious rake Baron Thornhill—and a creative plan to insure his undivided attention. Yet once in close quarters, she finds herself beholden to their smoldering connection. A PERFECT MATCH by Sabrina JeffriesWhisked away from a wintry ball by a commanding colonel, Cassandra Isles struggles with her feelings for Lord Heywood. For he is a man sworn to marry only for money—and Cass is an heiress who will accept nothing less than love. ONE WICKED WINTER’S NIGHT by Mary Jo PutneyDressed as a veiled princess, Lady Diana Lawrence is shocked to discover that the mysterious corsair who tempts her away from the costume ball is the duke she once loved and lost. Now ensconced with Castleton at a remote lodge, will she surrender to the passion still burning hotly between them?

Seduction on a Snowy Night Details

Seduction on a Snowy Night Review