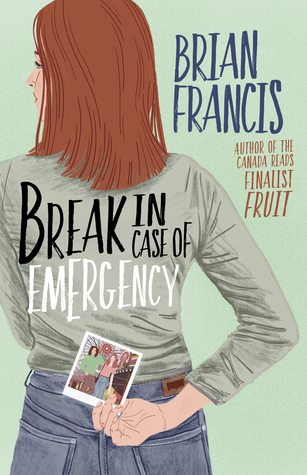 Dads can be such a dragLife has been a struggle for Toby Goodman. Her mother died by suicide five years ago, and her father left their small town before Toby was born. Now a teenager living on her grandparents’ dairy farm, Toby has trouble letting people in. She keeps even her closest friend, the brash but endearing Trisha, at arms’ length, and recently ended her first relationship, with Trisha’s burnout brother, Mike. Convinced that she is destined to follow her mother’s path, Toby creates a plan to escape her pain.But with the news that her father is coming home and finally wants to meet her, Toby must face the truth of her family’s story. Not only is her father gay, but he’s also a world-famous female impersonator—and a self-absorbed, temperamental man-child who is ill-prepared to be a real parent.When Toby’s careful plans go awry, she is forced to rebuild the life she thought she knew from the ground up. While she may not follow an expected path, through the support of a quirky but lovable circle of friends and family, Toby may finally put together the many different pieces that make up her past, her present, and her future.

Break in Case of Emergency Details

Break in Case of Emergency Review