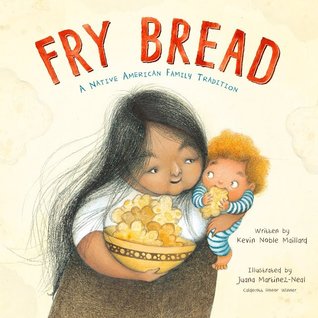 Told in lively and powerful verse by debut author Kevin Noble Maillard, Fry Bread is an evocative depiction of a modern Native American family, vibrantly illustrated by Pura Belpre Award winner Juana Martinez-Neal.Fry bread is food.It is warm and delicious, piled high on a plate.Fry bread is time.It brings families together for meals and new memories.Fry bread is nation.It is shared by many, from coast to coast and beyond.Fry bread is us.It is a celebration of old and new, traditional and modern, similarity and difference.