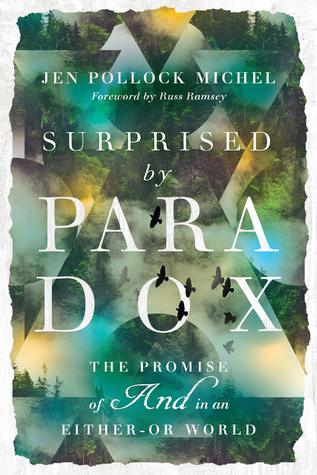 What if certainty isn't the goal? In a world filled with ambiguity, many of us long for a belief system that provides straightforward answers to complex questions and clarity in the face of confusion. We want faith to act like an orderly set of truth-claims designed to solve the problems and pain that life throws at us. With signature candor and depth, Jen Pollock Michel helps readers imagine a Christian faith open to mystery. While there are certainties in Christian faith, at the heart of the Christian story is also paradox. Jesus invites us to abandon the polarities of either and or in order to embrace the difficult, wondrous dissonance of and. The incarnation―the paradox of God made human―teaches us to look for God in the and of body and spirit, heaven and earth. In the kingdom, God often hides in plain sight and announces his triumph on the back of a donkey. In the paradox of grace, we receive life eternal by actively participating in death. And lament, with its clear-eyed appraisal of suffering alongside its commitment to finding audience with God, is a paradoxical practice of faith. Each of these themes give us certainty about God while also leading us into greater curiosity about his nature and activity in the world. As Michel writes, "As soon as we think we have God figured out, we will have ceased to worship him as he is." With personal stories and reflection on Scripture, literature, and culture, Michel takes us deeper into mystery and into worship of the One who is Mystery and Love.