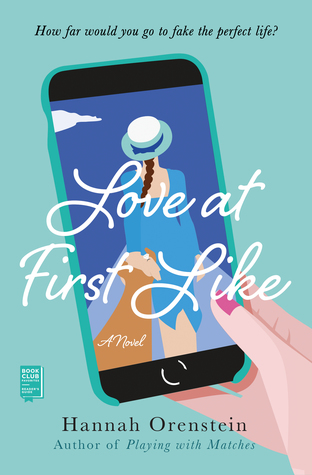 Eliza Roth and her sister Sophie co-own a jewelry shop in Brooklyn. One night, after learning of an ex’s engagement, Eliza accidentally posts a photo of herself wearing a diamond ring on that finger to her Instagram account beloved by 100,000 followers. Sales skyrocket, press rolls in, and Eliza learns that her personal life is good for business. So she has a choice: continue the ruse or clear up the misunderstanding. With mounting financial pressure, Eliza sets off to find a fake fiancé. Fellow entrepreneur Blake seems like the perfect match on paper. And in real life he shows promise, too. He would be perfect, if only Eliza didn’t feel also drawn to someone else. But Blake doesn’t know Eliza is “engaged”; Sophie asks Eliza for an impossible sum of money; and Eliza’s lies start to spiral out of control. She can either stay engaged online or fall in love in real life.