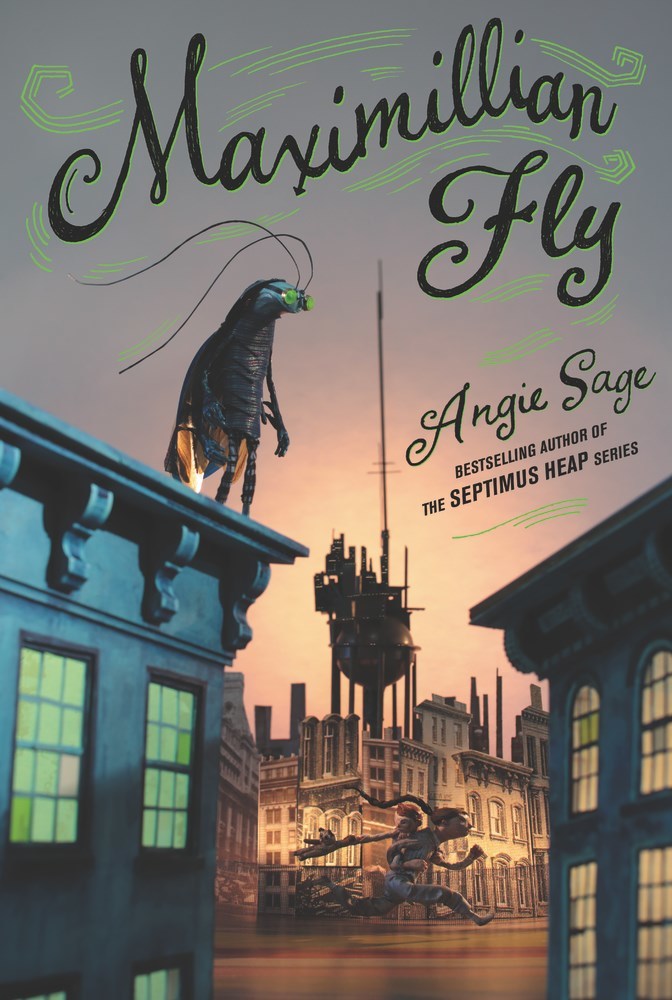 Globally bestselling author of the Septimus Heap series, Angie Sage, brings forth a gripping and darkly humorous tale of Maximillian Fly—a human with cockroach features—whose quiet life is upended when he aids two human children in their escape from an oppressive governing power. Perfect for fans of Lemony Snicket and Adam Gidwitz.Maximillian Fly wants no trouble. Yet because he stands at six feet two, with beautiful indigo wings, long antennae, and more arms than you or me, many are frightened of him. He is a gentle creature that looks like a giant cockroach. This extraordinary human wants to prove his goodness, so he opens his door to two SilverSeed children in search of a place to hide. Instantly, Maximillian’s quiet, solitary life changes. There are dangerous powers after them and they have eyes everywhere. But in this gray city of Hope trapped under the Orb, is escape even possible?