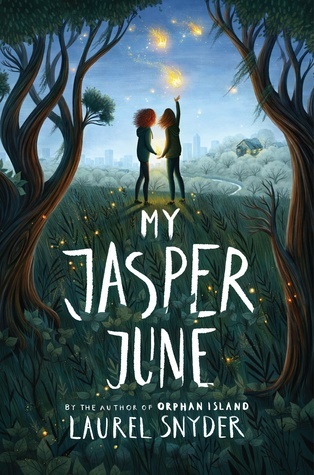 “This book is a treasure—a touching story of friendship, loss, and finding beauty in the everyday, with characters who stay with you long after you’ve turned the final page. I absolutely loved it.”—R. J. Palacio, New York Times bestselling author of WonderLaurel Snyder, author of Orphan Island, returns with another unforgettable story of the moments in which we find out who we are, and the life-altering friendships that show us what we can be.The school year is over, and it is summer in Atlanta. The sky is blue, the sun is blazing, and the days brim with possibility. But Leah feels. . . lost. She has been this way since one terrible afternoon a year ago, when everything changed. Since that day, her parents have become distant, her friends have fallen away, and Leah’s been adrift and alone.Then she meets Jasper, a girl unlike anyone she has ever known. There’s something mysterious about Jasper, almost magical. And Jasper, Leah discovers, is also lost. Together, the two girls carve out a place for themselves, a hideaway in the overgrown spaces of Atlanta, away from their parents and their hardships, somewhere only they can find.But as the days of this magical June start to draw to a close, and the darker realities of their lives intrude once more, Leah and Jasper have to decide how real their friendship is, and whether it can be enough to save them both.