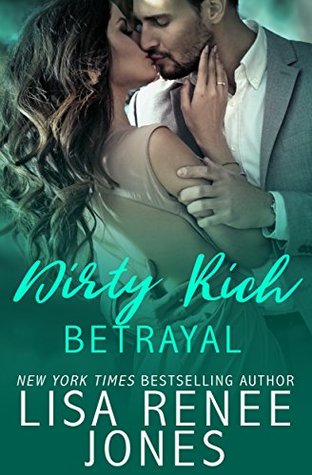 The next sinfully sexy standalone book in the bestselling Dirty Rich series by Lisa Renee Jones!Grayson Bennett.He's a billionaire, a lawyer, the king of the world to some. A professed lifelong bachelor. A man who took his father's business and fortune and turned marginal success into an empire. Now someone is threatening that empire and he's going to burn them to the ground. But he'll need the help of one person. He'll need her.That woman is Mia Cavanaugh, criminal attorney, ex-lover, a woman who believes he betrayed her, a woman who could burn him to the ground, but she won't. Because she loves him. Because he loves her, and it's time that she sees the truth of the past.Now, he's handing her the key to his future. He's giving her the chance to burn him to the ground. He's letting her see the real man beneath the surface that not even she's seen in the past. She has to decide what to do with that man. Love him or destroy him.SERIES READING ORDER: BOOK ONE: Dirty Rich One Night Stand (Cat and Reese's story)BOOK TWO: Dirty Rich Cinderella Story (Cole and Lori's story)BOOK THREE: Dirty Rich Obsession (Reid and Carrie's story)BOOK FOUR: Dirty Rich Betrayal (Grayson and Mia's story)BOOK FIVE: Dirty Rich Cinderella Story: Ever After (Cole and Lori's second book)COMING SOON IN THE SERIES: Dirty Rich One Night Stand: Two Years Later (Cat and Reese's second book)Dirty Rich TBD (Ashley's story)