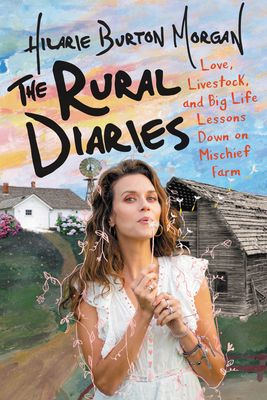 The beloved actress and star of One Tree Hill, White Collar, and Lethal Weapon, Hilarie Burton, tells the inspiring story of leaving Hollywood for a radically different kind of life in upstate New York with her husband Jeffrey Dean Morgan—a celebration of community, family, and the value of hard work in small town America.While Hilarie Burton’s hectic lifestyle as an actress in New York and Los Angeles gave her a comfortable life, it did not fulfill her spiritually or emotionally. After the birth of their first son, she and her husband Jeffrey Dean Morgan, the star of The Walking Dead, decided to make a major change: they bought a working farm in Rhinebeck, New York, and began a new chapter in their lives.The Rural Diaries chronicles her inspiring story of farm life: chopping wood, making dandelion wine, building chicken coops. Burton looks back at her transition from urban to country living—discovering how to manage a farm while raising her son and making friends with her new neighbors. She mixes charming stories of learning to raise alpacas and buying and revitalizing the town’s beloved candy store, Samuel’s Sweet Shoppe with good friend Paul Rudd and his wife Julie, with raw observations on the ups and downs of marriage and her struggles with infertility. Burton also includes delicious recipes that can be made with fresh ingredients at home.Burton’s charisma, wide eyed attitude, and fortitude—both internal and physical—propels this moving story of transformation and self-discovery. The Rural Diaries honors the values and lifestyle of small-town America and offers inspiration for anyone longing to embark on their own unconventional journey.The Rural Diaries includes 16 pages of color photographs.