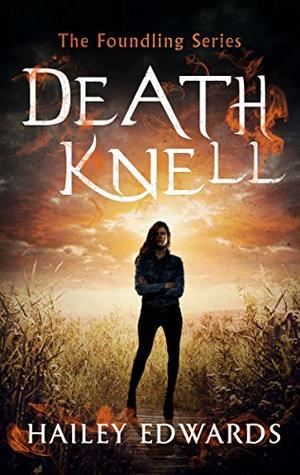 Luce is back in the third book of The Foundling, the bestselling fantasy series perfect for fans of Shannon Mayer, Jenn Stark and the Sookie Stackhouse novelsWar burned her. Famine nearly killed her. Now Death is at her heels.After her two worlds clashed apocalyptically, Luce Boudreau needed some time out. But Destiny had other ideas. When bodies begin washing ashore down the Mississippi River, Luce discovers they are part of a gruesome, lethal message. Her final sister, Death, is trying to break through.Every sign is clear: the end is coming, but earth will be destroyed - quite literally - over Luce's dead body, even if that means she'll be battling her own nature. And her coterie will stand with her, though Cole keeps standing one step too goddamn far away. Her mysterious new partner, Adam Wu, on the other hand, seems determined to keep her close at all times. And the more Luce learns about the new world she's part of, the deeper the secrets go. Who - if anyone - can she really trust?As the final pieces of an ancient war come together, Luce's chance to fight back comes sooner than she expected. Death can come at her . . . she's eager to return the favour.'An inventive and multifaceted world with serious heart and one hell of an emotional kick, this is a series that needs to be on your TBR' Bookish Em