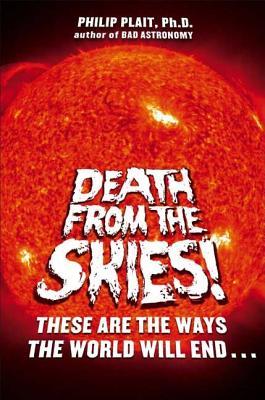 A lively astronomy primer that uses cataclysmic scenarios to explain the universe's most fascinating events.According to astronomer Philip Plait, the universe is an apocalypse waiting to happen But how much do we really need to fear from things like black holes, gamma-ray bursts, and supernovae? And if we should be scared, is there anything we can do to save ourselves? With humor and wit, Plait details the myriad doomsday events that the cosmos could send our way to destroy our planet and life as we know it. This authoritative yet accessible study is the ultimate astronomy lesson. Combining fascinating and often alarming scenarios that seem plucked from science fiction with the latest research and opinions, Plait illustrates why outer space is not as remote as most people think. Each chapter explores a different phenomenon, explaining it in easy-to-understand terms, and considering how life on earth and the planet itself would be affected should the event come to pass. Rather than sensationalizing the information, Plait analyzes the probability of these catastrophes occurring in our lifetimes and what we can do to stop them. With its entertaining tone and enlightening explanation of unfathomable concepts, Death from the Skies! will appeal to science buffs and beginners alike.

Death from the Skies! Details

Death from the Skies! Review