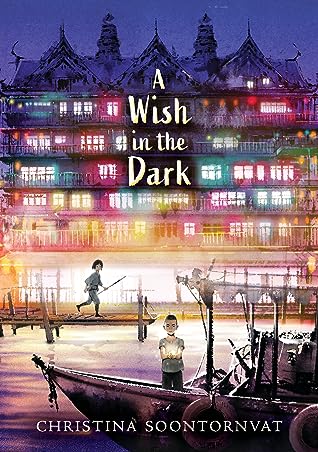 A boy on the run. A girl determined to find him. A compelling fantasy looks at issues of privilege, protest, and justice.All light in Chattana is created by one man — the Governor, who appeared after the Great Fire to bring peace and order to the city. For Pong, who was born in Namwon Prison, the magical lights represent freedom, and he dreams of the day he will be able to walk among them. But when Pong escapes from prison, he realizes that the world outside is no fairer than the one behind bars. The wealthy dine and dance under bright orb light, while the poor toil away in darkness. Worst of all, Pong’s prison tattoo marks him as a fugitive who can never be truly free.Nok, the prison warden’s perfect daughter, is bent on tracking Pong down and restoring her family’s good name. But as Nok hunts Pong through the alleys and canals of Chattana, she uncovers secrets that make her question the truths she has always held dear. Set in a Thai-inspired fantasy world, Christina Soontornvat’s twist on Victor Hugo’s Les Misérables is a dazzling, fast-paced adventure that explores the difference between law and justice — and asks whether one child can shine a light in the dark.

A Wish in the Dark Details

A Wish in the Dark Review