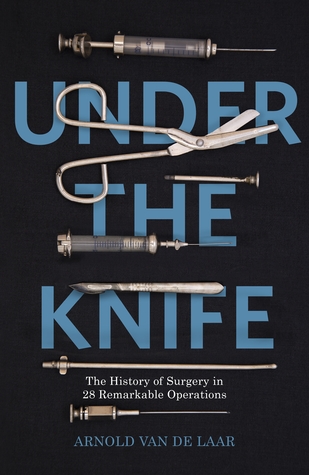 In Under the Knife, surgeon Arnold Van de Laar uses his own experience and expertise to tell the witty history of the past, present and future of surgery.From the story of the desperate man from seventeenth-century Amsterdam who grimly cut a stone out of his own bladder to Bob Marley's deadly toe, Under the Knife offers all kinds of fascinating and unforgettable insights into medicine and history via the operating theatre.What happens during an operation? How does the human body respond to being attacked by a knife, a bacterium, a cancer cell or a bullet? And, as medical advances continuously push the boundaries of what medicine can cure, what are the limits of surgery?From the dark centuries of bloodletting and of amputations without anaesthetic to today's sterile, high-tech operating theatres, Under the Knife is both a rich cultural history, and a modern anatomy class for us all.

Under the Knife Details

Under the Knife Review