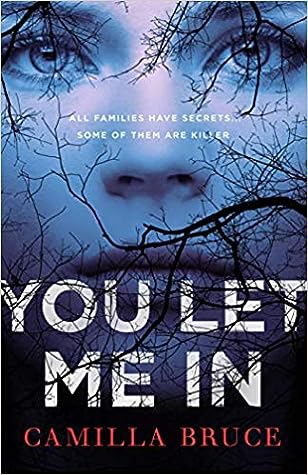 You Let Me In delivers a stunning tale from debut author Camilla Bruce, combining the sinister domestic atmosphere of Gillian Flynn's Sharp Objects with the otherwordly thrills of Neil Gaiman's The Ocean at the End of the Lane.Cassandra Tipp is dead...or is she?After all, the notorious recluse and eccentric bestselling novelist has always been prone to flights of fancy--everyone in town remembers the shocking events leading up to Cassie's infamous trial (she may have been acquitted, but the insanity defense only stretches so far).Cassandra Tipp has left behind no body--just her massive fortune, and one final manuscript.Then again, there are enough bodies in her past--her husband Tommy Tipp, whose mysterious disembowelment has never been solved, and a few years later, the shocking murder-suicide of her father and brother.Cassandra Tipp will tell you a story--but it will come with a terrible price. What really happened, out there in the woods--and who has Cassie been protecting all along? Read on, if you dare...

You Let Me In Details

You Let Me In Review