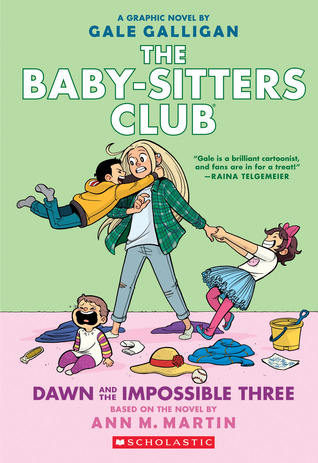 Dawn Schafer is the newest member of The Baby-sitters Club. While she's still adjusting to life in Stoneybrook after moving from sunny California, she's eager to accept her first big job. But taking care of the three Barrett kids would be too much for any baby-sitter. The house is always a mess, the kids are out of control, and Mrs. Barrett never does any of the things she promises. On top of all that, Dawn wants to fit in with the other members of the BSC, but she can't figure out how to get along with Kristy. Was joining The Baby-sitters Club a mistake?

Dawn and the Impossible Three Details

Dawn and the Impossible Three Review