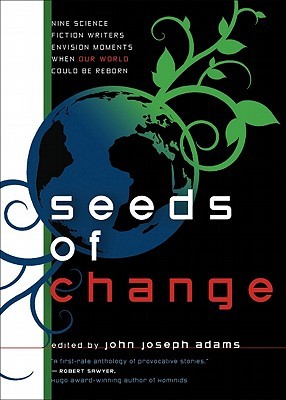 Imagine the moment when the present ends, and the future begins -- when the world we knew is no more and a brave new world is thrust upon us. Gathering stories by nine of today's most incisive minds, Seeds of Change confronts the pivotal issues facing our society today: racism, global warming, peak oil, technological advancement, and political revolution. Many serve as a call to action. How will you change with the future? These nine stories sow seeds of change across familiar and foreign territory, from our own backyards to the Niger Delta to worlds not yet discovered. Pepper, the mysterious mercenary from Tobias S. Buckell's Crystal Rain and Ragamuffin, works as an agent for change -- if the price is right -- in "Resistance." Ken MacLeod envisions the end-game in the Middle East in "A Dance Called Armageddon." New writer Blake Charlton imagines a revolutionary advance in cancer research in "Endosymbiont." Award-winning author Jay Lake tackles technological change and the forces that will stop at nothing to prevent it in "The Future by Degrees." Other stories by K.D. Wentworth, Jeremiah Tolbert, Mark Budz, Ted Kosmatka, and Nnedi Okorafor-Mbachu range from the darkly satirical to the exotic. All explore the notion that change will come.