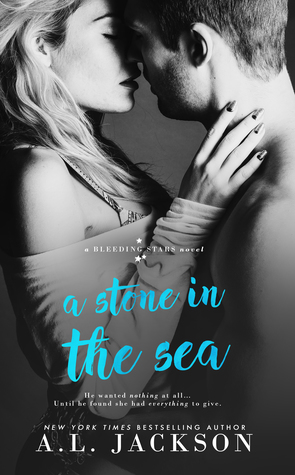 He wanted nothing at all… Until he found she had everything to give… Sunder lead singer and guitarist Sebastian Stone has everything—fans, fame, and fortune. He also has a heart full of bitterness and a reputation for a short-fused temper. But an outward reputation rarely reveals the true man inside. Facing assault charges after trying to protect his younger brother, Sebastian is sent to Savannah, Georgia to lie low until the dust settles in L.A. Shea Bentley is beautiful, kind, and hiding from the very lifestyle Sebastian has always embraced. When the mysterious, tattooed stranger begins hanging out at the bar where she works, Shea is quick to recognize he is nothing but trouble, but she's helpless to the way her body lights up every time his intense gray eyes tangle with hers. They both soon find themselves drowning in a sea of desire and passion that won’t let them up for air. Sebastian knows firsthand secrets never die, and he’s not the only one who’s hiding them. Loving someone always comes with a price. But will it be Shea’s past that costs them everything?

A Stone in the Sea (Bleeding Stars, #1) Details

A Stone in the Sea (Bleeding Stars, #1) Review